Fighting With Your Roommate? It Can Lead to IL Domestic Battery
Some IL Sex Crimes Can Send You To Jail for Life

What Everyone Should Know about Illinois Domestic Violence Charges

In our state, there are some crimes that, when committed against a household or family member, are considered a crime of domestic violence. These charges can result in some significant penalties if you are convicted, so it’s important to understand what actions qualify and what can happen if you are found guilty.

Here’s what you need to know about domestic violence laws in Illinois and how a conviction can impact your life.

What Is a Domestic Violence Offense in Illinois?

In order for a crime to be considered domestic violence in Illinois, it must occur between two people who are family members or members of the same household. Under the law, this includes:

Sadly, domestic violence incidents are quite widespread in our state. Most years, incidents reported to law enforcement reach six figures — and experts believe that they are hugely underreported. What Types of Crimes Fall under the Banner of Domestic Violence?

According to state statute, there are several types of crimes that are charged as domestic violence in Illinois if they take place between family or household members.

Domestic battery is perpetrated if a person purposefully causes bodily harm to someone in their family or household. It occurs when physical contact in a provoking or offending way occurs.

Domestic battery is a Class A misdemeanor in most circumstances. If the perpetrator has ever been convicted of a crime of domestic violence before or for violating a protective order, then it becomes a Class 4 felony. It can also be a Class 4 felony if the person accused has previously been convicted of a violent crime against someone in their household or family, such as unlawful restraint or kidnapping.

A Class A misdemeanor is punishable in Illinois by up to one year in jail and fines of $2,500. Class 4 felonies can send a person to prison for up to six years and make them responsible for fines up to $25,000. This is a Class 2 felony and there’s a minimum jail sentence of 60 days required for this conviction if the judge decides to offer a conditional discharge or probation. If this is the second or higher conviction for this crime, a minimum of three years in prison will be sentenced.

Interfering with a Report of Domestic Violence

Not only is it against the law to commit a crime of domestic violence, it’s also against the law to take steps to prevent it from being reported to the police. If anyone prevents or tries to prevent a victim or witness from contacting emergency services, or attempts to prevent the victim from getting medical help, then they are guilty of this crime.

It is a Class A misdemeanor.

What Is a Protective Order? Protective orders in the state may include several different provisions, all with the goal of prohibiting the person named in the order from harassing, abusing, or intimidating the individual who filed for the protective order.

This kind of order can also award the use of a residence to a person and require that the named respondent leave the home and stay away from it. Other provisions can be included that address child custody and mandatory counseling and treatment.

The court can also grant emergency orders of protection. In these cases, the person named in the order does not have a chance to contest it in court. In these cases, it’s seen as a danger to the person filing the report for the named respondent to be notified of their efforts to get a protective order.

These types of orders will not include provisions that address issues such as support, counseling, and custody.

What Happens If You Violate a Protective Order?

If the person named in the protective order violates it, they can be charged with both the violation of the order and the crime that violated the order.

Child abduction is also considered a crime that violates a protective order, as is any violation named in the order that pertains to the physical care of a child, their custody, or taking the child out of state without permission. If a protective order is violated, then it is a Class A misdemeanor, which comes with a maximum sentence of less than one year of imprisonment and a maximum fine of $2500.

If the person named in the protective order has any prior convictions for violating the order, violent crimes such as kidnapping and murder, or domestic battery, then it can be elevated to a Class 4 felony.

Is an Order of Protection a Restraining Order in Illinois?

An order of protection and a restraining order are two separate things. Restraining orders are broader and are meant to keep the person named in them from doing many different types of activities.

You can get a restraining order against your neighbor so they cannot build a fence, for example. It’s not something commonly used in domestic violence cases and is not the same thing as an order of protection.

The Relationship between Firearms and Domestic Violence Convictions

In most cases in Illinois, you must have something called a Firearm Owner’s Identification card to possess or buy ammunition or a firearm. The police can deny an application for a card or revoke a currently held card from anyone who: 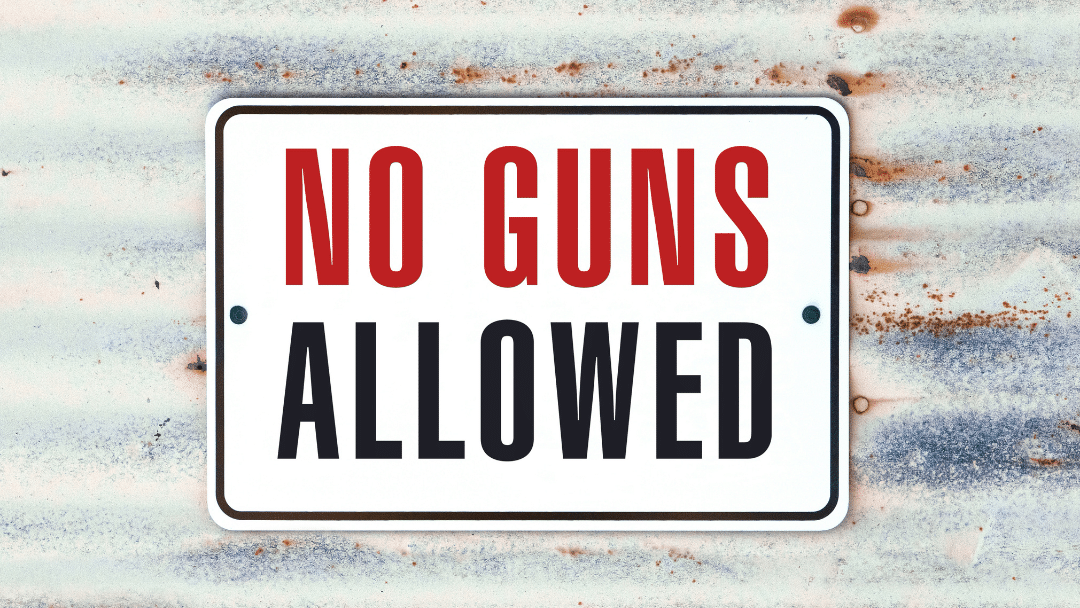 If you have a gun and are arrested for a crime of domestic violence, then the state will notify you that you are subject to prohibitions on firearms under federal law. Once that is done, you can either admit to the conviction and be subject to those federal laws or say nothing and force the state to prove their case against you in order to take your firearms and ammunition away.

If you are convicted, then you are required to hand over your card as well as the firearms and ammunition you have in your possession.

Under Illinois law, you are required to refrain from having firearms while on probation or conditional discharge if:

Anyone in Illinois who is subject to an order of protection or no-contact order also cannot have a Firearms Owner Identification card. If you have one, it will be revoked. If the order of protection is only meant to last one year or less, then the card is suspended and reinstated when the order expires.

This form records the make, model, and serial number of your firearms and where the firearm will be during the time span under which you are not legally allowed to have it in your possession. As you can see, domestic violence charges can have a big impact on your life. That’s why it’s in your best interest to work with a skilled attorney to help form the best defense possible in your case.

Remember, everyone is innocent until proven guilty, and it’s the prosecutor’s job to prove beyond a reasonable doubt that you are guilty of the crimes you’ve been accused of. A good defense strategy can help you to cast reasonable doubt and prevent conviction.

While the defense strategy that may work best in your case will be based on the specific circumstances of it, there are some common defense strategies used in cases of domestic violence.

If you didn’t do what you’re being accused of, then this is a solid defense. An experienced attorney will look for evidence that shows you were not the one who inflicted abuse on the victim and did not commit the crime.

Your lawyer will want to know where you were when the incident occurred and if there are any witnesses or alibis that can support your claim.

The Victim Is Not Telling the Truth

It Was an Accident

Accidents happen, even in cases of domestic violence. If you were at the scene when the victim was injured and unintentionally caused the injury, this may be a viable defense.

Remember, the crimes associated with domestic violence do have an element of intent – you have to intend to inflict bodily damage on another. If there was no intent, then it’s not domestic violence.

It Was Self Defense In some situations, the actions taken may have been in self-defense or in the defense of minors at the scene. To help support this, an attorney can look to the police report for admissions by the victim in the case that they were acting in a violent manner, compare the story you’re telling them to the things you told the police, look at your own injures to see if they were defensive and look for inconsistencies in the story.

In some cases, the way the police handle the case can be used in your favor. If you weren’t read your rights, if you requested a lawyer but were denied, if you invoked your right to remain silent and were questioned anyway, or if there were ways the investigation was lacking in the case, then those can be used to your advantage in court.

The Victim Has Violent Tendencies

Sometimes, you can commit the crime but have an explanation for why it happened. If there was violent behavior toward you or minors in the household because of the victim’s temper, medical conditions, or their abuse of other household or family members, then your attorney can help to present this evidence to the court.

Can It Be Proven Beyond a Reasonable Doubt?

Remember, the prosecutor must prove beyond a reasonable doubt that you perpetrated the crimes you’ve been accused of. If they cannot do that, then you may be found not guilty.

Of course, an experienced attorney can help this by taking certain actions such as submitting evidence that contradicts the victim’s testimony, pointing out any defensive injuries you may have, or introducing physical evidence from the scene that helps show you didn’t do what you’ve been accused of. You have rights no matter what you’re accused of. It’s important to understand what they are and use them to help you in any way possible – which is where a good attorney comes into play. Understand the domestic violence charges against you and the case so that you can have the best defense possible.